The most important factor in predicting what kinds of returns an investment portfolio is likely to achieve is not the individual securities or funds it contains but rather the kinds of securities it contains. The Asset Classes in a portfolio largely determine its returns.

What do we mean by Asset Classes? Well, first there are two major classes of investment assets – Stocks and Bonds. Within each of those, there are a number of other classes and sub-categories.

Stocks, Stock funds and Stock ETFs can be classified in three basic ways:

Companies are classified into three basic categories – Small, Medium and Large. However, these classifications are not based on company sales or profits, as you might think. Instead, they’re based on what’s called market capitalization, which is simply the number of shares a company has outstanding times the price of its shares.

If a company has a million shares outstanding and their stock is selling for $1 a share, their market capitalization (“market cap” for short) would be $1 million. Different research companies use somewhat different benchmarks to determine where the cutoff points are from small cap to mid-cap and mid cap to large cap stocks. A typical range might be:

The most basic geographical classification is simple – U.S. vs. foreign. Many stock funds invest only in U.S. companies. These are “domestic” stock funds.

On the other hand, there are funds that invest primarily in companies within developed countries in Europe and Asia – countries like Germany, France, Great Britain, Italy, Switzerland, Australia and Japan. These are generally called “Foreign,” “Developed Markets” or “International” funds.

Other funds invest in companies located in countries that are just starting to develop mature stock markets – countries like Brazil, Russia, India and China to name a few. These are called “Emerging Markets” or “Developing Markets” funds and are often very volatile.

Finally, “World” or “Global” funds, as their name implies, invest in companies throughout the world, which includes Europe, Asia, the developing countries and the U.S.

What does style have to do with stock mutual funds? Quite a lot, as it turns out. Not style as in Kate Spade handbags and Gucci shoes, but the style of investing used by the portfolio manager of the mutual fund (the guy who picks the stocks).

In stock investing, there are two basic approaches to picking stocks – in other words, two different styles – Growth and Value.

The Growth investor is looking for one thing when he’s deciding which stock to buy – a history of strong earnings (profits) growth. He (or she) wants companies who are consistently the strongest in their industry and have a proven track record of increasing earnings year after year. Such companies can be hard to find sometimes, so the Growth investor is willing to pay a premium to buy such companies, if he has to. In the long run, the Growth investor believes that increased earnings will ultimately result in higher stock prices. Therefore, he is not so concerned about the price he pays for the stock today.

The Value investor, on the other hand, is very concerned about the price. He wants good companies who have a solid track record, too, but he doesn’t want to pay too much for them. He’s looking for companies that have gone out of favor with investors, for whatever reason, but that still look like they have strong balance sheets and good long term prospects. In other words, he’s looking for companies he can get at a cheaper price, in other words, companies that are a good value.

Now, determining which stocks are Growth stocks and which are Value stocks isn’t always black and white. Often, it will be based on a company’s price-earnings ratio (P-E), which is simply the company’s current stock price divided by its earnings per share (all the profits divided by the number of shares outstanding). For example, a company that has earnings per share of $2 and a stock price of $20 would have a price-earnings ratio of 10. Likewise, a company with earnings of $2 per share and a stock price of $60 would have a P-E ratio of 30.

Unlike stocks, bonds and bond funds are classified according to three basic criteria:

Let’s take a look at each of these.

Government bonds are issued by the U.S. federal government. They carry the full faith and credit of the U.S. Treasury behind them. In fact, bonds are used to finance the national debt. If there were no budget deficits and no national debt, there would be no need for government bonds, so in that sense, some federal debt is probably a good thing for investors.

In addition to bonds issued by the U.S. Treasury itself, other U.S. government agencies also issue bonds. Bonds are issued by the Government National Mortgage Association (Ginnie Mae), the Federal Home Loan Mortgage Corporation (Freddie Mac) and the Federal National Mortgage Association (Fannie Mae). These so-called “agency” bonds are also considered very safe, because it is extremely unlikely that the government would allow these bonds go into default.

Municipal bonds are issued by States, Counties and Municipalities. They are considered somewhat less safe than U.S. Government bonds because state and local governments can’t print money to cover their debts and so can default. However, their interest is generally free from Federal income tax, so they usually pay lower rates than corporate bonds of similar credit quality.

But bonds issued by most large corporations are very safe. And bond funds invest in a wide variety of bonds from many different corporations, so even if one company goes bankrupt, it won’t affect the overall fund that much.

The second way bond funds are classified is by the maturity of the bonds they hold. Does this mean there is such a thing as an immature bond fund? Do those bond funds throw tantrums and refuse to pay interest when they should because they want to go to the mall and buy new shoes? Not exactly.

The maturity date of a bond is the date when you get your money back. Bonds have different maturities. Some are issued for 10 years, some for 20 years, some for 30 years. You can also buy bonds in the open market (from another owner, after they’re issued) that mature in as little as one year or even six months.

The last way bond funds are classified is by the credit quality of the company or government unit that issues the bonds the fund owns. For example, as we mentioned, U.S. Treasury bonds are considered 100% safe. The government can’t go bankrupt because it has the power to create money, so it can always pay its debts.

Corporations, though, vary a great deal in their overall financial health. Those which are considered healthy and strong financially don’t have to pay as much interest on their bonds as other companies because investors are pretty sure they’re going to be around to pay off when the bonds mature.

But companies that are financially weak or are having trouble need to pay higher interest on their bonds in order to get people to buy them. After all, if you had the choice to loan your money to a business that was doing well and that you were confident could pay you back, or one that was having trouble making ends meet, which would you choose, if they both offered you the same interest rate?

But if the weaker company offered to pay you an interest rate that was 50% higher than the other company was willing to pay, you might be willing to take the risk. That’s what happens with corporate bonds. The sounder the company, the less it has to pay in bond interest. The weaker the company, the more it has to pay. Of course, all companies have to pay more than U.S. Treasury bonds because all companies are riskier than the U.S. Government.

There are several so-called rating agencies that grade corporate bonds according to the issuing company’s financial strength and ability to pay its debts. Basically, the bonds with the highest ratings are considered investment grade bonds, which are relatively safe. Those with lower ratings are considered non-investment grade or high yield (formerly called “junk”) bonds, which can be very risky. However, if a fund owns a large number of high yield bonds from many different companies, the chances are that if one or two actually default, the fund’s investors will not suffer that badly.

Putting It All Together

So why is all this important? Well, as we said at the top of this article, it turns out that a fund’s performance over the long haul is going to be determined much more by the kind of fund it is than by the specific securities it invests in. Why? Because similar kinds of stocks (or bonds) tend to perform similarly under a given set of market conditions. A fund that invests in Large Cap Growth stocks will tend to perform more like other Large Cap Growth funds than like Small Cap Growth funds or Large Cap Value funds.

Too many people invest their money in several different funds, thinking they’re “diversifying their portfolio” (not putting all their eggs in one basket) without looking at what kinds of funds they are. As a result, they may have four funds that are all the same kind – for example, four Large Cap Growth funds.

So what happens if Phil has all his money invested in four different Large Cap Growth funds and Large Cap Growth funds go down? You guessed it – all four funds will probably be down! Poor Phil isn’t really diversified at all. In fact, many of those funds will own exactly the same stocks, so all he’s really doing is buying the same stocks four times over – not a smart move.

Here’s a chart that shows what I’m talking about. These are the percentage returns for most of the major asset categories for the past 20 years. So, for example, in 2011, Large Growth Stocks (as represented by the S&P 500 Growth index) were up 4.65% while Large Value Stocks (the S&P 500 Value index) were down 0.48%.

I typically ask prospective clients to look at this chart and see if they can spot the pattern. Then, after a few seconds, I tell them it’s a trick question. The pattern is that there is no pattern. No one category is always best or worst.

The trick is to hold some of ALL of these categories so that whichever category does best in a given year, you will benefit. Now some categories are riskier than others so how much of each category you should hold is determined by factors like your time horizon and risk tolerance. That’s where an Investment Advisor can help. Advisors can also help decide when it’s time to rebalance your investments when they’ve gone off track from the target allocations.

Certified Financial Planner Board of Standards Inc. owns the certification marks CFP®, CERTIFIED FINANCIAL PLANNER™ and in the U.S., which it awards to individuals who successfully complete CFP Board’s initial and ongoing certification requirements. 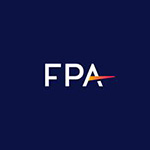